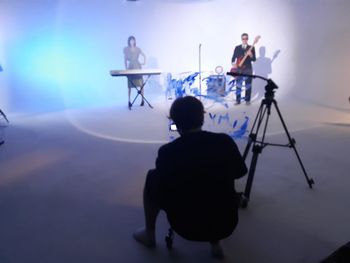 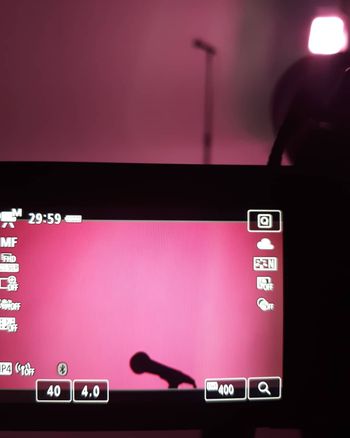 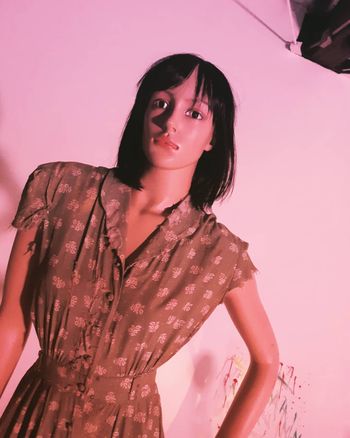 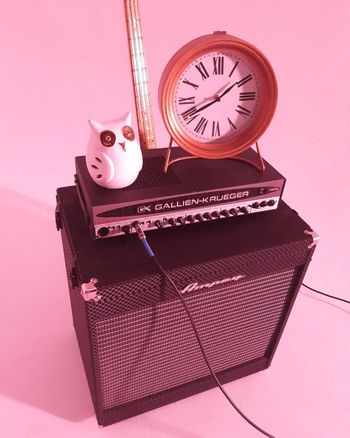 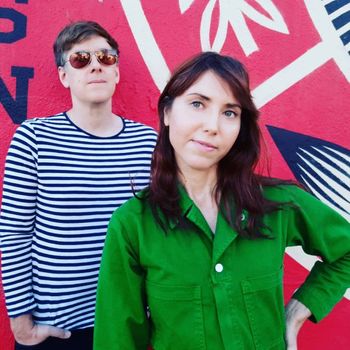 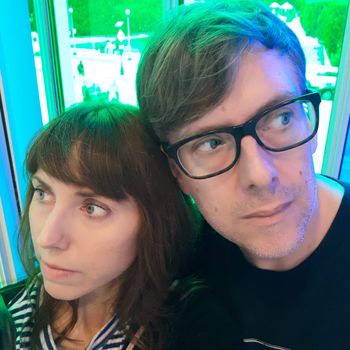 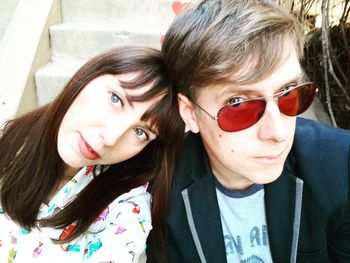 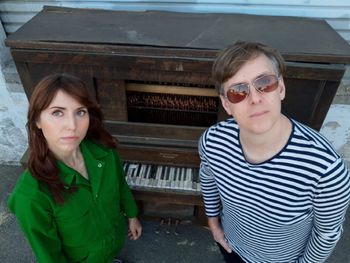 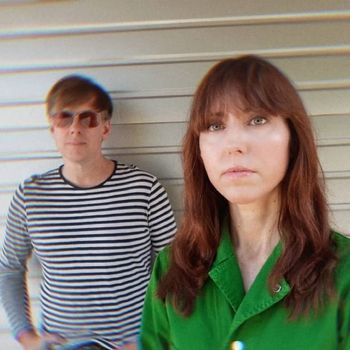 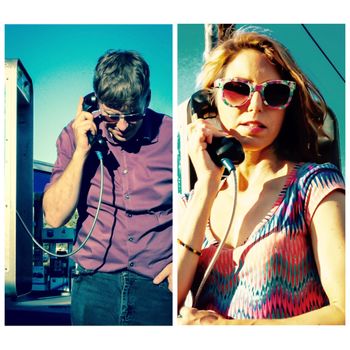 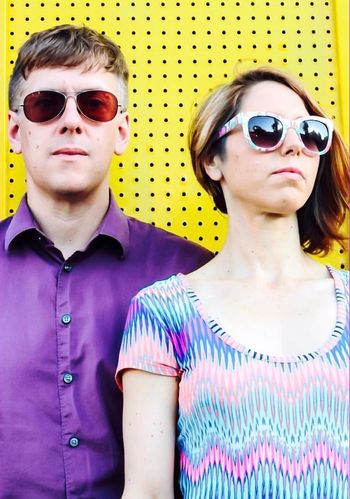 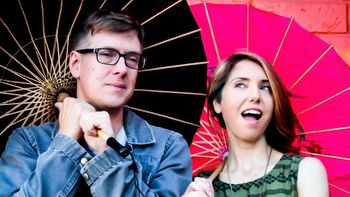 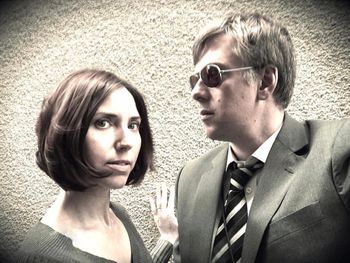 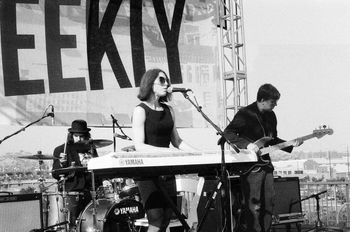 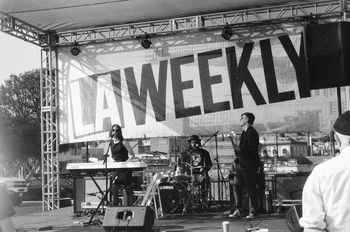 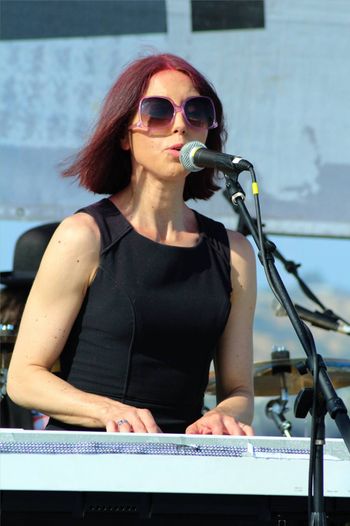 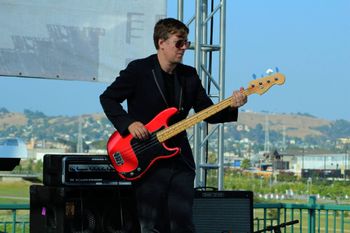 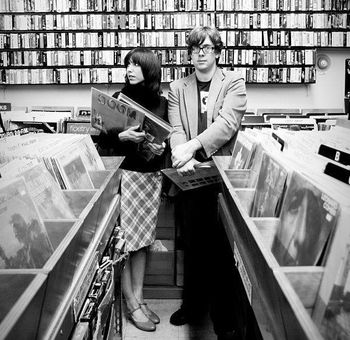 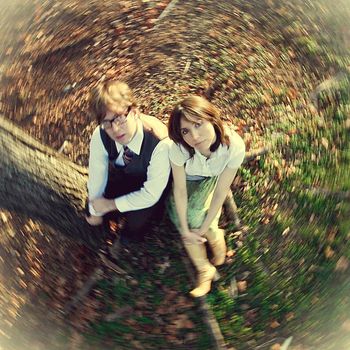 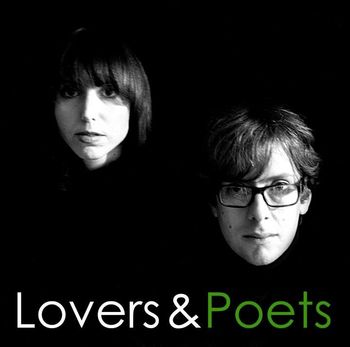 Lovers & Poets @ The Other Door

Each month, we feature some of the best indie singer-songwriters and bands Los Angeles has to offer! 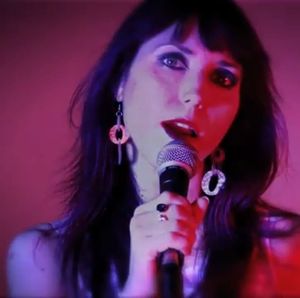 We are beyond excited to announce that the new video for "Sugar High" is here! We want to take you back to the 90s (maybe even the 80s) because we love everything about that era. We modeled our video style after a band that we absolutely love: Garbage. Then we took the cyclorama idea to the extreme: overblown pinks and purples, a mannequin, even a chess set, and then drew in some zigs and zags afterward.

We want to hear from you. Which band or era does this remind YOU of? Throw in your two cents on YouTube! 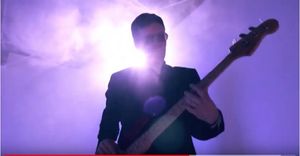 Store (straight from the garage)

Show your Love for Lovers and Poets in style with these fab T-Shirts, which were manufactured locally and sweat-shop free. All shirts are black. Shirts come with a free download of the Lovers & Poets LP. Sizes: Small (women's baby tee) and unisex medium.

Our debut album Lovers & Poets on CD with a lovely 4 panel package with photos by Claudia Kay.

Lovers & Poets (husband-and-wife team of Shannon Hurley and Ben Eisen) are an electronic pop duo that formed in Nashville in 2009. Now based in Los Angeles, they have honed their style to reflect the sounds that influence them collectively: Zero7, Air, Massive Attack, Morcheeba, Boards of Canada, Portishead, and Bird And The Bee.

L+P have been played on KCRW, KLOS, and Adam Carolla's ACE Broadcasting Network (on The Film Vault).

Hurley remotely wrote, recorded and mixed most of the debut album from Vietnam (where she had taken a three-month stint playing lounge piano at the Saigon Park Hyatt), having had Eisen record his bass parts from Nashville. They wrapped up the record in LA, put out a second acclaimed album, including two unique covers: a moody trip-hop version of Duncan Sheik's "Barely Breathing" and David Bowie's singular "Ashes To Ashes" which garnered airplay on Los Angeles' revered KLOS.

Sugar High by Lovers & Poets was released on Sep. 20th, 2019. It includes the chill pop trop house flavored "Nevergonnastop", which has been added to Spotify's specially-curated Chill Tracks playlist.  a disco-fied "Here And Now", a mellow synth ballad "Keep Breaking My Heart", a space lounge-y cover of "Barbarella", and the title track, a flashback to alternative pop in the 90s a lá Garbage. The title track is accompanied by a music video directed by award-winning director M.F. Dinan.

Their music can be found on iTunes, Amazon, Pandora, Bandcamp, and CD Baby.